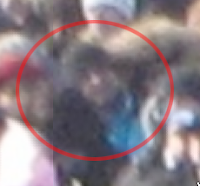 I think I've spotted me in the crowd, in this awesome Gigapan panoramic photo by David Bergman. According to his blog, it's a 1474-megapixel image, made by a system that stitches together photos taken by a robotic rig, attached to the top of the north media platform.

I knew roughly where I was in the crowd obviously, but it took ages to find me, and I'm still not exactly sure. I've gone by a number of pieces of evidence in my own photos, basically triangulating my location based on people wearing particularly distinctive hats and coats - in particular, the guy in the left of this image wearing a sky blue coat with hood zipped all the way up, and the person with the furry hood stood immediately behind me. This is what I was wearing on the day - I think the hat matches, and I think you can also see Amy and Melissa's white beanie hats too. The cyan blue top is a mystery, but I'm willing to believe that's the left shoulder of the person stood in front of me! 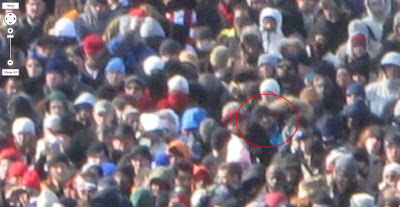 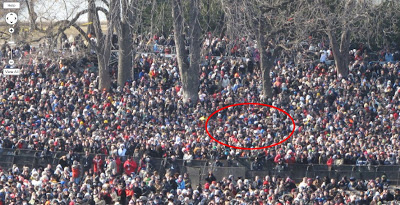 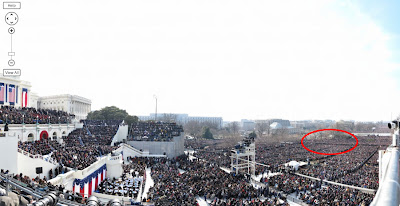 You can spend hours pouring over that photo, checking out all the dignitaries on the podium etc. But my favourite thing I found is these guys. See if you can find them too. I hope they're the good guys... 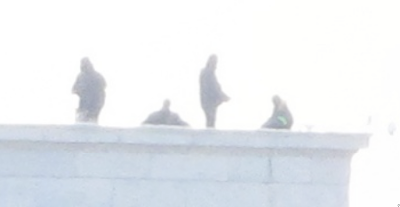 last week our group held a similar discussion on this topic and you show something we haven't covered yet, appreciate that.