Tony Hart designed the original Blue Peter badge. He originally asked for his fee to be paid as a royalty of 1d for each badge made, but instead was offered a flat fee of £100.
Posted by Sam Bailey at 6:42 pm 1 comment:

I wanted to shave my beard into a pencil moustache to go with my New Years Eve cuban gangster costume. So I decided to have some fun along the way... 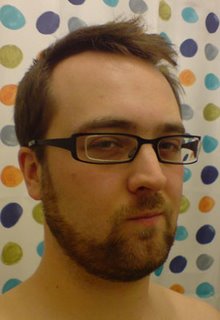 Photo 1 - Before any shaving. 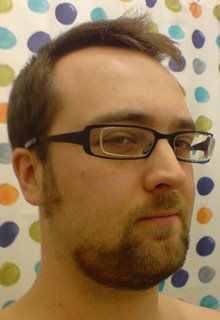 Photo 2 - The sideys and beard are separated. 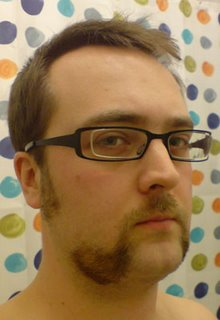 Photo 3 - Into the Lemmy from Motorhead 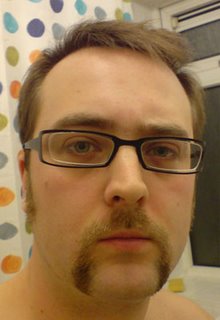 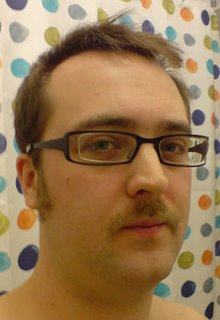 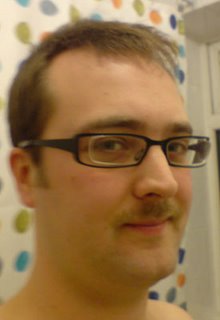 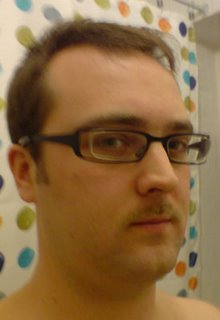 Photo 7 - Shaved the top bit off: pencil tache! Shame my hair is so light, it kinda only works with dark hair. Ah well, maybe I'll put some boot polish in it....
Posted by Sam Bailey at 5:51 pm 2 comments:

The Pipettes @ The Roundhouse 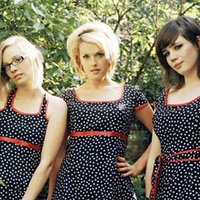 Saw The Pipettes tonight, at the Roundhouse in Camden. It was billed as their Christmas Party, but frankly it was a bit of a damp squibb. I'd heard lots about this flippy, hippy, fifties threesome's party-style gigs, I love their album, and I know they have a loyal fanbase. But the gig was only half full (perhaps they overestimated the appeal of a 23 Dec London gig?) and the crowd that were there were mostly under 16. The poor ticket sales were probably the reason they couldn't afford any Christmas decorations for their 'winter wonderland', and the room made me feel the least christmassy I've felt all week - seriously, not a scrap of tinsel to be seen.

For whatever reason, the crowd didn't really dance that much, and frankly The Pipettes themselves didn't really seem that bothered - their dance routines not really feeling like snappy 50s-inspired hand jiving, more like melancholy primary school play hand wafting. The kind of look they are going for (think modern indie-chic meets the Supremes/Ronettes) only works with tight sychronised dance moves that make you assume the girls are connected by some sort of telepathic link. I guess they were just tired tonight, or the batteries had run out in the telepathy machine.

They played their whole album and a few B-sides, and yet the whole gig only last 45 minutes. Perhaps this is because all of their songs are irritatingly short, something that doesn't grate when you listen to the album, but at a gig feels really odd - the crowd never had a chance to warm up, the uninitiated never had the chance to become familiar with any of the riffs. The highlight of the show was a very suiting version of All I Want For Christmas Is You, not least because it coincided with the fake heavens opening to flutter fake snow upon the crowd. Many a fake snowball fight ensued, and we all left feeling smiley. It's only when I got home that I realised how disappointing the gig actually was. But still, they're lovely, and pretty, and cute, and twee... it just wasn't quite the christmassy treat I stuck around in London until xmas eve to enjoy.
Posted by Sam Bailey at 12:03 am No comments:

Films I really ought to have seen...

Now I love films, I love the cinema, I really really do. But there is an awfully long list of films that I really ought to have seen and, inexplicably, I haven't. I made a list, a really long list once. I wrote it in the middle of my diary, but the end of the year came and I chucked away the diary without thinking about it. So, I have to start the list again. Here we go, and it will grow over time. Feel free to comment other films you think I really should have seen, and I'll add them to the list if I haven't seen them.

OK, so based on the "1001 films to see you before you die" listed at Listology, which I've edited down to films I've heard of that I know I want to see, here follows a list of films that I have not seen. Try not to let your mouth hit the ground:
[Thanks to Nigel]-
[Thanks to Jane]-
[Thanks to Andrew]-
[Thanks to Robin]- (for now, I'm giving everyone the benefit of the doubt here... though I'm sure not everyone will agree with everyone else's choices)
[Thanks to Rachel]-

Now THAT is spin! 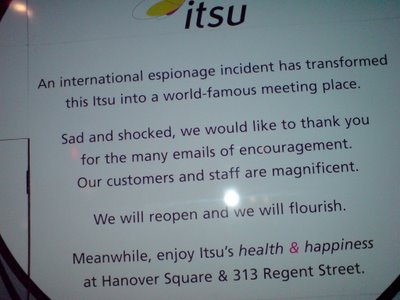 Impressive work by the Itsu japanese restaurant in Picadilly, where your man Alexander Litvinenko was poisoned. They've boarded it up and are advertising it as a "world famous meeting place" where an "international espionage incident" occured. Outstanding work.
Posted by Sam Bailey at 11:48 am No comments: 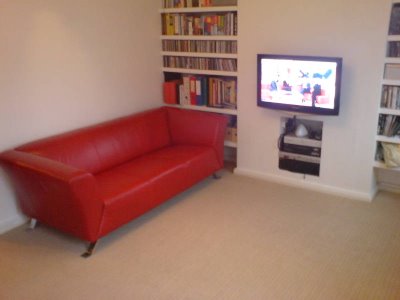 Oh yarsh, it's looking swell. New carpet an all now.
Posted by Sam Bailey at 10:40 am 4 comments:

Telly on the wall

My lounge is really starting to come together - got to conceal the wires properly with a channel inside the chimney down into the box, and then the new carpet arrives in a week.... 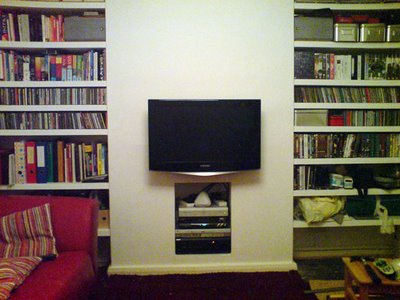 Posted by Sam Bailey at 7:54 am No comments: