On 2nd November, it's the U.S. Midterm Elections. I nerded it up quite heavily during the 2008 U.S. General Election, even finding a way to go to President Obama's Inauguration. I've remained interested in US politics during the last two years, but it's taken a new election for me to really get bogged down in it again. So here's what I know!

All 435 members of the House of Representatives will be elected (as happens every two years).

34 Senators will be elected (the bi-annual churn of 1/3 of the Senate) and 3 special elections will be held for the Senate seats vacated by Joe Biden, Hillary Clinton, and the late Robert Byrd.

37 State Governors will be elected, plus the Governors of the Territories of the US Virgin Islands, and Guam. I get the chance here to use one of my favourite words - gubernatorial. Though, not in any meaningful context.

It is likely the Senate will stay with the Democrats. Of the 37 seats up for election, 19 of them were Democrat and 18 were Republican. The Democrats would effectively have to lose 9 seats to lose their voting majority. Most of the polls only show 6 or 7 seats as "too close to call".

Those 39 governorships are pretty evenly split as well - 20 (D) to 19 (R). There's no "balance of power" with governorships per se - they only have power in their states - but the big ones that are too close to call are Florida (I), Maryland (D), Mass (D), New Mexico (D), Minnesota (R), Vermont (R), and California (R - Arnie is retiring because of term-limits).
Posted by Sam Bailey at 4:54 pm No comments: 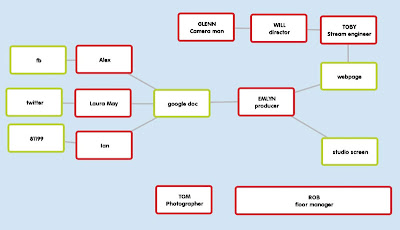 I'd love to do it again. In a way, I think it's a shame that we started with one of the biggest stars in the world (though, that's clearly at the core of the audience appeal) - I like the idea of a series of U Ctrl, building up through the chart until we have people controlling Lady Gaga, Justin Bieber, Beyoncé, R-Patz. Whether anyone else is as open to doing it as Katy though, remains to be seen.
Posted by Sam Bailey at 3:59 pm 5 comments:

So, Google Instant is out. As soon as you start typing into Google, it offers you immediate results. No more hitting "search". It's scarily fast. And what are the nation searching for? It turns out we're a nation of shoppers!

I love that nothing beginning with U is more frequently searched for than the mis-spelling of YouTube. Brilliant.
Posted by Sam Bailey at 6:31 pm No comments: